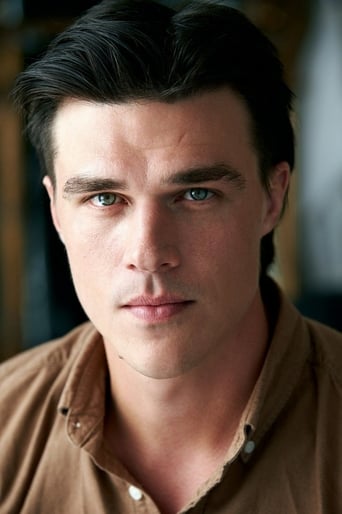 Finn Wittrock is a film, TV and theater actor best known for his role as Damon Miller on three seasons of "All My Children" (ABC/Hulu/OWN, 1970-2013). Having grown up in a theater-obsessed family in Massachusetts and Los Angeles, Wittrock began studying acting on his own after high school, and enrolled in the drama program at New York's prestigious Juilliard School. It wasn't long before he began landing guest spots on shows like "Cold Case" (CBS, 2003-2010), "ER" (NBC, 1994-2009), and "CSI: Miami" (CBS, 2002-2012), all while honing his craft by acting in plays in and around New York and Los Angeles. His big break came in 2009 when he was cast as the young Casanova Damon Miller on "All My Children." Wittrock appeared as the Miller character for three seasons on the show, before returning to the stage in 2012. This time, however, he would be starring alongside Philip Seymour Hoffman in a Mike Leigh-directed revival of "Death of a Salesman." The revival received overwhelmingly positive reviews, with Wittrock receiving much of the praise for his performance as Harold "Happy" Loman. After the play wrapped up in the spring of 2012, Wittrock returned to screen acting, appearing in a recurring role as Dale in the 1950s period drama "Masters of Sex" (Showtime 2013- ), as well as supporting roles in the big-budget epic "Noah" (2014) and "Winter's Tale" (2014). 2014 was also the year Wittrock appeared in the HBO movie "The Normal Heart," as well as an episode of "American Horror Story" (FX, 2011- ), thus allowing him to work with writer/director/producer Ryan Murphy on two separate projects in the same year.