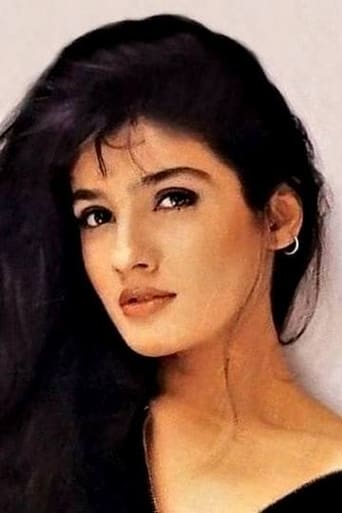 Raveena Tandon (born 26 October 1974) is an Indian actress, model and producer who works in Hindi films. She is the daughter of director Ravi Tandon, and was born and raised in Mumbai. She started her career in modelling and later made her acting debut in the 1991 action film Patthar Ke Phool, which won her the Filmfare Award for New Face of the Year.