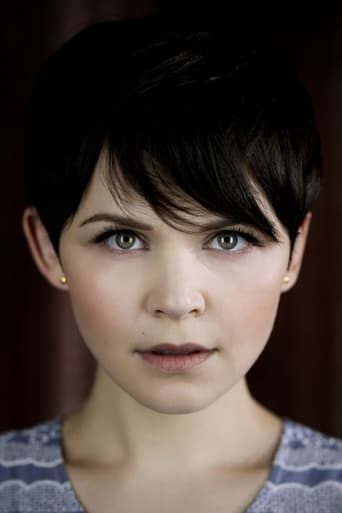 Ginnifer Goodwin (born Jennifer Michelle Goodwin; May 22, 1978, height 5' 6" (1,68 m)) is an American television and film actress, best known for her role as Margene Heffman on the HBO series Big Love and starring in the movies Mona Lisa Smile and He's Just Not That into You. She stars as Mary Margaret Blanchard/Snow White in the ABC series Once Upon a Time. Goodwin was born in Memphis, Tennessee. Her mother, Linda (née Kantor), is a former educator and "stay-at-home mom", who later worked for FedEx and Apple.Her father, Tim Goodwin, formerly owned and operated a recording studio. Goodwin changed her name from "Jennifer" to "Ginnifer" to distinguish her name, and to assist in pronunciation of her name in her regional dialect. Her younger sister, Melissa Goodwin, is a stop motion animator on shows such as the Emmy Award-winning Robot Chicken, on which Ginnifer has also appeared as voice talent. Her mother is Jewish and her father is of Welsh descent; Goodwin was raised in her mother's faith.] In her youth, Goodwin was affiliated with the North American Federation of Temple Youth, and was active in BBYO at the Jewish Community Center in Memphis; she had a bat mitzvah. She went to school at St. Mary's Episcopal School in Memphis, Tennessee. She then graduated from Lausanne Collegiate School in 1996, then attended Hanover College (majoring in Theatre) for one year before moving on to earn her Bachelor of Fine Arts from Boston University. While a student at BU, she performed in numerous student short films, as well as several college and local stage productions. Goodwin was given the "Excellence in Acting: Professional Promise Award" by the Bette Davis Foundation, and graduated with honors. After her time at Boston University, she studied in England at Stratford Upon-Avon’s Shakespeare Institute, in conjunction with the Royal Shakespeare Company. The following year she earned an "Acting Shakespeare Certificate" at London’s Royal Academy of Dramatic Art. After two years of dating, Goodwin became engaged to actor Joey Kern in December 2010. They ended the engagement in May 2011.Goodwin subsequently began dating her Once Upon a Time co-star Josh Dallas in fall 2011.[17] The couple became engaged on October 9, 2013, and on November 20, 2013, announced that they are expecting their first child. Goodwin is a close and longtime friend of her Once Upon a Time co-star Jennifer Morrison. Goodwin was a vegan and was a spokesperson for Farm Sanctuary's Adopt-A-Turkey Project in 2009, having adopted a whole flock herself.She revealed on Jimmy Kimmel that she gave up being a vegan after experiencing undisclosed health issues. She said: "I'm always learning and growing and changing and there were some boring health issues, and so I did actually have to work some animal products back into my diet." Goodwin says although she's never had a "dramatic weight problem", she uses Weight Watchers to keep her indulgences in check. She considers herself an extremely healthy person, and balances her diet with ballet classes and cardio workouts. In 2013, Goodwin stated that, after she left Memphis, she "up and left Judaism for a very long time", and that "for 10 years, there was nothing. No ritual. No tradition. No community". She later reconnected with her faith.