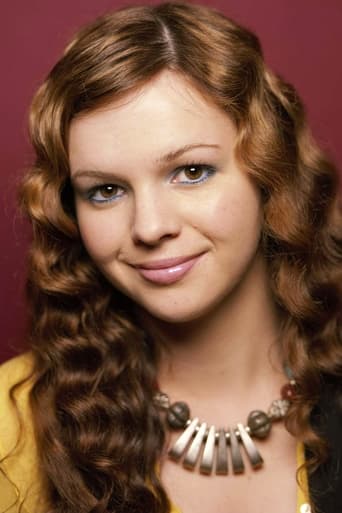 Amber Rose Tamblyn (born May 14, 1983) is an American actress, writer, and director. She first came to national attention in her role on the soap opera General Hospital as Emily Quartermaine, followed by a starring role on the prime-time series Joan of Arcadia, portraying the title character, Joan Girardi, for which she received Primetime Emmy and Golden Globe nominations. Her feature film work includes roles such as Tibby Rollins from the first two The Sisterhood of the Traveling Pants films (2005–2008), as well as Katie Embry in The Ring (2002), Aubrey Davis in The Grudge 2 (2006) and Megan McBride in 127 Hours (2010); she had an extended arc as Martha M. Masters in the medical drama series House. She also had a starring role as Jenny on seasons eleven and twelve of the CBS sitcom Two and a Half Men. Description above from the Wikipedia article Amber Tamblyn, licensed under CC-BY-SA, full list of contributors on Wikipedia.