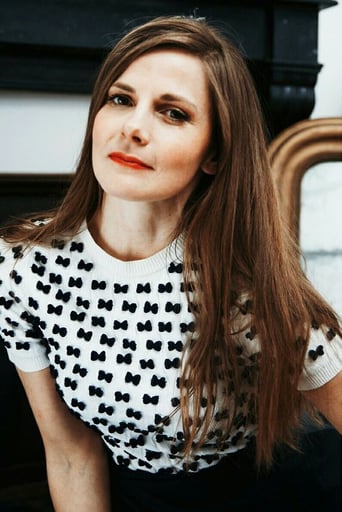 Louise Brealey (born 27 March 1979) is an English actress, writer and journalist. She played Molly Hooper in Sherlock (2010–), Cass in Back (2017), Scottish professor Jude McDermid in Clique (2017), Gillian Chamberlain in A Discovery of Witches (2018) and Donna Harman in Death in Paradise (2020). She made her TV debut as Nurse Roxanne Bird in two series of BBC drama Casualty (2002–2004) before playing Judy Smallweed in Bleak House (2005). Brealey plays pathologist Molly Hooper in all four series of Steven Moffat and Mark Gatiss's television drama, Sherlock. She has also made her name as an accomplished stage actress. Her stage debut was at London's Royal Court in 2001 as 14-year-old Sophie in Max Stafford-Clark's production of Judy Upton's Sliding With Suzanne. She portrayed child prodigy Thomasina in the Bristol Old Vic production of Tom Stoppard's Arcadia in 2005. In 2011, she was the short-frocked daughter of Julian Barratt and Doon Mackichan at the Young Vic in Richard Jones's Government Inspector. She next played three lead roles – Cassandra, Andromache and Helen of Troy – in Caroline Bird's sold-out production of The Trojan Women at London's Gate Theatre. In February 2014, she starred as Julie in August Strindberg's Miss Julie at the Citizens Theatre in Glasgow. She won Best Actress at the Manchester Theatre Awards for her role as Marianne in Constellations, directed by Michael Longhurst and played the lead alongside Anne Marie Duff in Marianne Elliott's Husbands and Sons at the National Theatre. Description above is from the Wikipedia article Louise Brealey, licensed under CC-BY-SA, full list of contributors on Wikipedia.