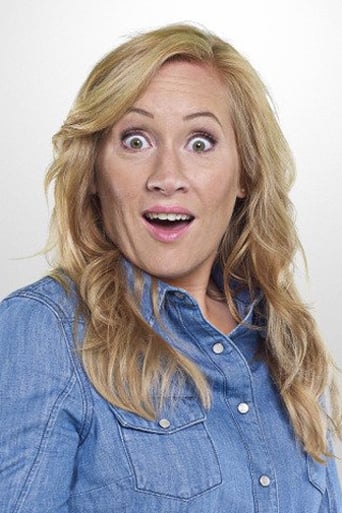 Martha Howe-Douglas (born 19 September 1980) is an English actress and writer. She is best known for TV series Horrible Histories (2009–2013), Yonderland (2013–2016) and Ghosts (2019–). She also starred in films such as Nativity! (2009) and Bill (2015). From 2006 until 2007, she played receptionist Donna Parmar in the BBC daytime soap opera Doctors. In 2009, she landed one of the main multi-role parts on a new children's TV history sketch show programme, CBBC's Horrible Histories where over five years/series, she played numerous characters including the queens Cleopatra, Elizabeth I, Mary, Queen of Scots and Victoria. In 2011, she appeared in The Proms, in a special live "Horrible Histories Big Prom Party" performance. In 2013, she appeared as 33-year-old Debbie Maddox in Sky1's series Yonderland. Other acting roles have included appearing in The Armstrong & Miller Show (2009) on BBC One. In 2018, she appeared in EastEnders as Annie Pritchard. In 2019, Martha Howe-Douglas appeared in the new BBC One comedy series Ghosts. Description above is from the Wikipedia article Martha Howe-Douglas, licensed under CC-BY-SA, full list of contributors on Wikipedia.