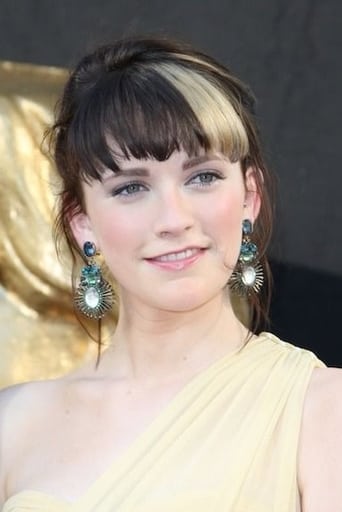 Charlotte Anne Ritchie (born 29 August 1989) is an English actress and singer-songwriter. She is famous for her roles in the TV series Fresh Meat (2011–2016), Siblings (2014–2016) and Call the Midwife (2015–2018) and for her lead role in Benny and Jolene (2013). She is currently starring in BBC's Ghosts (2019–) as Alison. In 2004, she played a lead in a short film entitled The Open Doors with Michael Sheen. She appeared as an uncredited extra in the 2005 film, Harry Potter and the Goblet of Fire. She also featured in The Pierglass at the Young Pleasance Theatre in August 2006 at the Edinburgh Festival Fringe. She was a presenter on Boomerang and performed with All Angels in an episode of Emmerdale. She also played Emily Owen, a neighbour in the BBC's Life of Riley. From 2011 to 2016, she portrayed Oregon in the Channel 4 comedy series Fresh Meat. She stars in Siblings which was first broadcast in summer 2014 and she appeared as a guest panellist in the same year on 8 Out of 10 Cats. In 2015, she joined the cast of popular period drama Call The Midwife. In 2016, she appeared in the UK production of Noel Coward's Private Lives, playing the role of Sibyl Chase. On New Years Day 2019, she had the guest-starring role of Lin in the Doctor Who episode "Resolution". In 2019, she played Alison in Ghosts, a BBC sitcom, and Alison in Dead Pixels. She played the role of George in Channel 4 series Feel Good in 2020. Description above is from the Wikipedia article Charlotte Ritchie, licensed under CC-BY-SA, full list of contributors on Wikipedia.