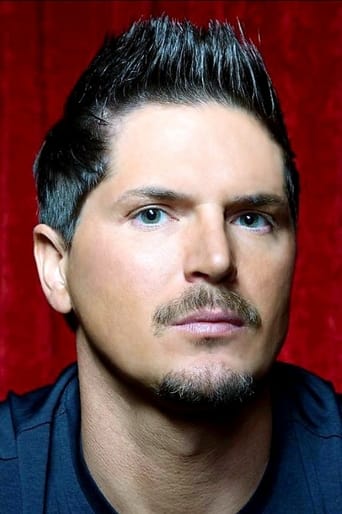 Zachary "Zak" Bagans is an American paranormal investigator, actor, TV personality, museum operator, producer, director, and author. He is the principal host of the Travel Channel paranormal investigation series Ghost Adventures. A graduate of the Motion Picture Institute of Michigan, Bagans moved to Las Vegas to become a documentary filmmaker and explorer of the paranormal. In 2004, Bagans teamed up with Nick Groff and Aaron Goodwin to produce a documentary-style film called Ghost Adventures. The film aired on the SciFi Channel in 2007. A successor series premiered in 2008 on the Travel Channel and has aired for 19 seasons as of 2019. Ghost hunting shows in general, and Ghost Adventures in particular, have been accused of fakery. From 2014 to 2016, Bagans helmed a spin-off series titled Ghost Adventures: Aftershocks, which focused on changes to people's lives after prior Ghost Adventures investigations. On April 2, 2016, Deadly Possessions premiered on the Travel Channel; the show featured Bagans finding items for a prospective "haunted museum" in Las Vegas, Nevada. The museum opened to the public in October 2017. It consists of 33 rooms with various artifacts on display. Visitors are given guided tours of the rooms. Some of the items on display include Bela Lugosi's mirror, the Dybbuk box, Peggy the Doll, and Jack Kevorkian's "Death Van". In 2018, the museum received Las Vegas Mayor's award for historic preservation and adaptive reuse. In 2021, the transaxle salvaged from the American actor James Dean's Porsche 550 Spyder was added to the museum's collection. In May 2021, Discovery+ Channel announced its plans to broadcast The Haunted Museum, an upcoming horror anthology show for which Zak Bagans will be the host and an executive producer. Bagans co-wrote a book with author Kelly Crigger titled Dark World: Into the Shadows with the Lead Investigator of the Ghost Adventures Crew. On September 23, 2011, the book debuted on The New York Times Best Seller list at No. 18. In December, 2019, Bagans published the book Ghost-Hunting For Dummies.