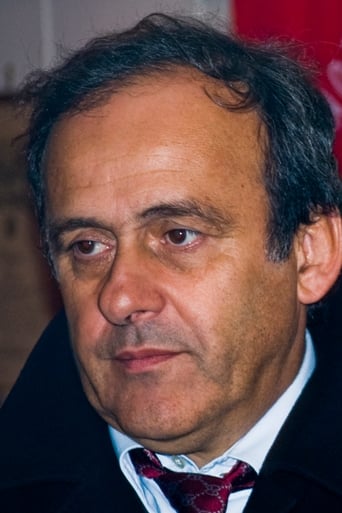 Michel François Platini (born 21 June 1955) is a French football administrator and former player and manager. Regarded as one of the greatest footballers of all time, Platini won the Ballon d'Or three times in a row, in 1983, 1984 and 1985, and came seventh in the FIFA Player of the Century vote. In recognition of his achievements, he was named a Chevalier of the Légion d'honneur in 1985 and became an Officier in 1998. As the president of UEFA in 2015 he was banned from involvement in football under FIFA's organisation, over ethics violations. The ban will last until 2023. During his career, Platini played for the clubs Nancy, Saint-Étienne, and Juventus. Nicknamed Le Roi (The King) for his ability and leadership, he was a prolific goalscorer; he won the Serie A capocannoniere award three consecutive times between 1983 and 1985, and was the top scorer of Juventus's victorious 1984–85 European Cup campaign. Platini was a key player of the France national team that won the 1984 European Championship, a tournament in which he was the top scorer and best player, and reached the semi-finals of the 1982 and 1986 World Cups. Together with midfielders Alain Giresse, Luis Fernández and Jean Tigana, he formed the carré magique (magic square) of the French team in the 1980s. Platini was his country's record goalscorer until 2007, and held the record for most goals (9) scored in the European Championship until being surpassed by Cristiano Ronaldo in 2021, despite only appearing in the victorious 1984 edition. Following his retirement as a player, Platini was the France national team coach for four years, and was the co-organizer of the 1998 World Cup in France. In 2007, he became the first former player to be elected as the president of the Union of European Football Associations (UEFA). He also held the positions of chairman of FIFA's Technical and Development Committee and vice-president of the French Football Federation. Born in Jœuf, in the Lorraine region, Platini is the son of Aldo and Anna (née Piccinelli), both of Italian ancestry. Anna's family has its roots in the province of Belluno, while Aldo's father, Francesco Platini, was an immigrant from Agrate Conturbia, in the province of Novara, and settled in France shortly after the end of the First World War. Aldo was a professional footballer and a long-time director for AS Nancy, the club where Michel started his professional career. After performing poorly in the final of a 1969 young footballers' competition, Michel Platini attracted attention at 16 years of age in a Coupe Gambardella tournament match with an impressive display for Jœuf juniors against a Metz junior side. Platini was called up for a trial with Metz, but missed out on the opportunity due to injury, and was not immediately invited back after the Metz coach moved to another club. He returned to regional league football with Jœuf. Another trial at Metz went horribly wrong when a breathing test on a spirometer caused Platini to faint. The doctor's verdict on Platini's breathing difficulties and weak heart ended any hopes Platini had of playing for his boyhood favorites. He then joined the reserve side of his father's club Nancy in September 1972, and became friends with team goalkeeper Jean-Michel Moutier. ... Source: Article "Michel Platini" from Wikipedia in english, licensed under CC-BY-SA 3.0.