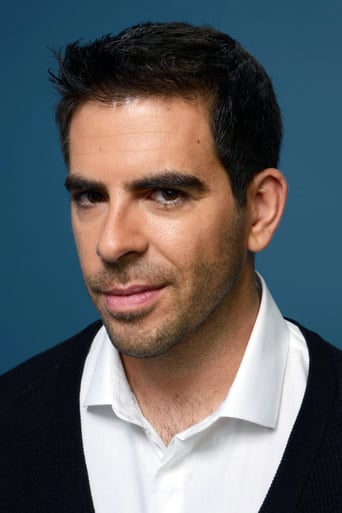 Eli Raphael Roth is an American film director, producer, writer and actor. He is part of the group of filmmakers dubbed the Splat Pack, because of their association and their focus on the horror genre. Roth is known for making violent, low-budget horror films that are box office hits worldwide, and for bringing back the R-rating to horror at a time when studios believed only PG-13 horror would work. Roth is also an award-winning actor, most known for his role as Donny Donowitz in Quentin Tarantino's Inglourious Basterds, for which he won both a SAG Award (Best Ensemble) and also a BFCA Critic's Choice Award (Best Acting Ensemble). Roth was born in Newton, Massachusetts, to Dr. Sheldon Roth, a psychiatrist/psychoanalyst and professor at Harvard University, and Cora Roth, a painter. His grandparents immigrated from Austria, Russia and Poland, and Roth was raised Jewish.