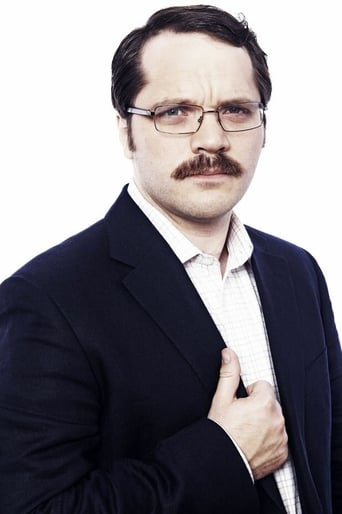 Born in Whitstable, Kent in 1975, Matthew Holness is an English comedian, actor, writer and director. He is best known for his comic creation, the fictional horror novelist Garth Marenghi. He read English at Trinity College, Cambridge and was vice-president of the Cambridge Footlights. His contemporaries included Footlights president, David Mitchell, Robert Webb, Olivia Colman and his Marenghi co-writer Richard Ayoade. Holness first appeared on television as a cast-member of the 2000 BBC Choice TV series Bruiser, which starred Mitchell, Webb, Colman and Martin Freeman. In that same year he won the Perrier at the Edinburgh Fringe for Garty Marenghi's Fright Night, which was transferred to UK television in the guise of the 2004 Channel 4 horror comedy Garth Marenghi's Darkplace. Other credits include 2006's Man to Man with Dean Learner, several productions with Ricky Gervais such as The Office, Life's Too Short and Cemetery Junction, and the 2017 Channel 4 sitcom Back which starred Mitchell and Webb. In 2018 he made his feature length directorial debut with the film Possum, having previously helmed short films The Snipist and A Gun For George.