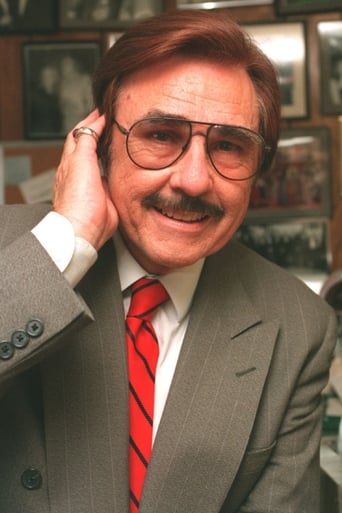 Gary Owens (born Gary Bernard Altman; May 10, 1934 - February 12, 2015) was an American disc jockey, voice actor, radio announcer and personality. His polished baritone speaking voice generally offered deadpan recitations of total nonsense, which he frequently demonstrated as the announcer on Rowan & Martin's Laugh-In. Owens was equally proficient in straight or silly assignments and was frequently heard on television and radio as well as in commercials. He was best known, aside from being the announcer on Laugh-In, for providing the voice of the titular superhero on Space Ghost and Blue Falcon in Dynomutt, Dog Wonder. He also played himself in a cameo appearance on Space Ghost Coast to Coast in 1998. Owens' first cartoon-voice acting was performing the voice of Roger Ramjet on the Roger Ramjet cartoons. He later served as voice of the over-the-air digital network Antenna TV. Description above from the Wikipedia article Gary Owens, licensed under CC-BY-SA, full list of contributors on Wikipedia.