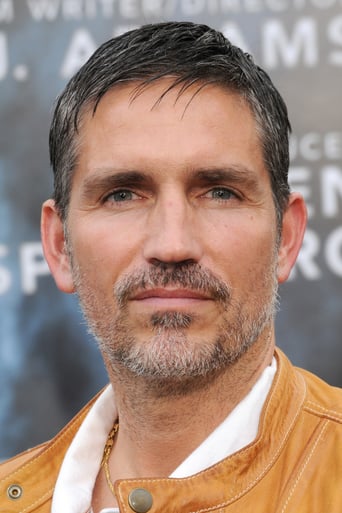 James Patrick Caviezel Jr. (born September 26, 1968) is an American actor, known for his starring role as John Reese on the CBS series Person of Interest (2011-2016), Private Witt in The Thin Red Line (1998), Slovnik in G.I. Jane (1997), Detective John Sullivan in Frequency (2000), Catch in Angel Eyes (2001), Edmond Dantès in The Count of Monte Cristo (2002), and his portrayal of Jesus Christ in Mel Gibson's The Passion of the Christ (2004). He began acting in plays in Seattle, WA. He earned his Screen Actors Guild card with a minor role in the 1991 film My Own Private Idaho. He then moved to Los Angeles to pursue a career in acting. He was offered a scholarship to study acting at NY's Juilliard School in 1993, but turned it down to portray Warren Earp in the 1994 film Wyatt Earp. He later appeared in episodes of Murder, She Wrote and The Wonder Years. After appearing in G.I. Jane (1997), he had a breakthrough performance in the 1998 Terrence Malick World War II film The Thin Red Line. He was originally cast to play Scott Summers / Cyclops in X-Men (2000), but dropped out due to a scheduling conflict with the film Frequency (2000). He starred in the mainstream films Pay It Forward (2000), The Count of Monte Cristo (2002), and Bobby Jones: Stroke of Genius (2004). He portrayed Jesus Christ in Mel Gibson's 2004 film The Passion of the Christ. During filming, he was struck by lightning, accidentally scourged, had his shoulder dislocated, and suffered from pneumonia and hypothermia. Prior to filming, Gibson reportedly warned Caviezel that playing Jesus in his controversial film would hurt his acting career. In 2011, Caviezel claimed that good roles had been hard to come by since, but stated that the movie, in particular the role of Jesus Christ, was a once-in-a-lifetime experience. He had leading roles in the 2006 films Unknown and Déjà Vu. He played Kainan in Outlander (2008) and provided the voice of Jesus on the 2007 New Testament audio dramatization The Word of Promise. In 2008, he starred in Long Weekend and in November 2009, he starred in The Prisoner, a remake of the British sci-fi series The Prisoner. From 2011 to 2016, Caviezel starred in the CBS drama series Person of Interest as John Reese, a former CIA agent who now works for a mysterious billionaire as a vigilante. The show received the highest ratings in 15 years for a series pilot. Caviezel was nominated for the People's Choice Award for Favorite Dramatic TV Actor in 2014 and again in 2016 for his work on Person of Interest. In 2017, Caviezel signed on as lead character of CBS's SEAL Team series, however; he left the project due to creative differences before production began and was replaced by David Boreanaz. He has also narrated multiple documentaries.