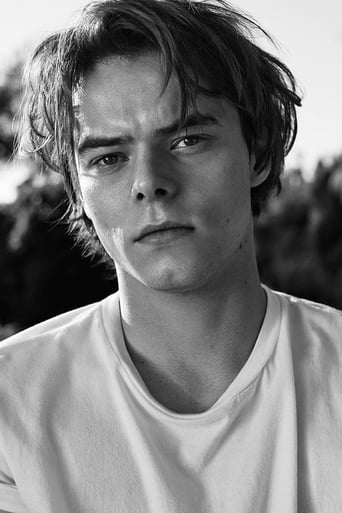 Charlie Ross Heaton (born 6 February 1994) is an English actor. He first gained recognition for starring as Jonathan Byers in the Netflix science fiction horror series Stranger Things (2016–present). Beginning his career as a musician, Heaton appeared on British television before starring in Stranger Things and feature films like the 2016 indie thriller Shut In; he has since starred in the thriller films Marrowbone (2017) and The New Mutants (2020), among others.