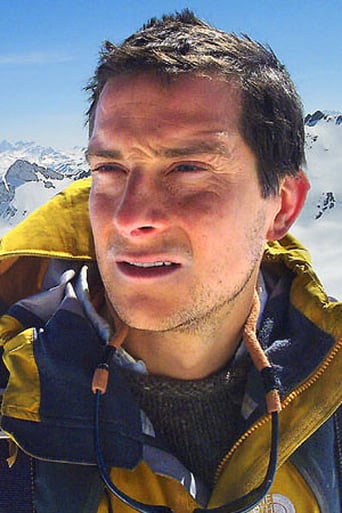 Edward Michael "Bear" Grylls (born 7 June 1974) is a British adventurer, writer and television presenter. He is widely known for his television series Man vs. Wild (2006–2011), originally titled Born Survivor: Bear Grylls in the United Kingdom. Grylls is also involved in a number of wilderness survival television series in the UK and US. In July 2009, Grylls was appointed the youngest-ever Chief Scout in the UK at age 35. Grylls was born in Donaghadee, County Down, Northern Ireland.He grew up in Donaghadee until the age of four, when his family moved to Bembridge on the Isle of Wight. He is the son of Conservative politician Sir Michael Grylls, who was implicated in the cash-for-questions affair, and Lady Sarah Grylls. Lady Grylls is the daughter of politician Patricia Ford, briefly an Ulster Unionist Party MP, and cricketer and businessman Neville Ford. Grylls has one sibling, an elder sister, Lara Fawcett, a cardio-tennis coach, who gave him the nickname 'Bear' when he was a week old. Grylls was educated at Ludgrove School and Eton College, where he helped start its first mountaineering club, and Birkbeck, University of London, where he graduated with a degree, obtained part-time, in Hispanic studies in 2002. He graduated from the University of West of England. From an early age, he learned to climb and sail with his father, who was a member of the prestigious Royal Yacht Squadron. As a teenager, he learned to skydive and earned a second dan black belt in Shotokan karate. At age eight he became a Cub Scout. He speaks English, Spanish, and French. He is a Christian, and has described his faith as the "backbone" in his life. Grylls married Shara Cannings Knight in 2000. They have three sons. In August 2015, it was reported that Grylls had deserted his young son, Jesse, on Saint Tudwal's Island along the North Wales coast, as the tide approached, leaving him to be rescued by the RNLI. The RNLI later criticised him for the stunt, saying its crew "had not appreciated" that a child would be involved.