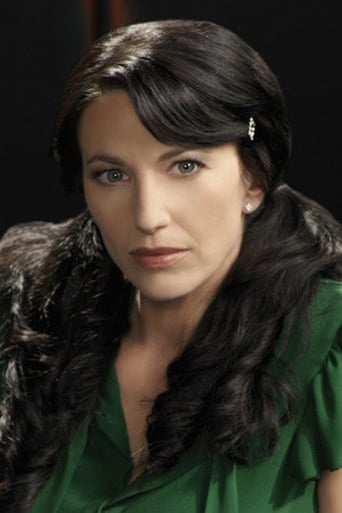 Claudia Lee Black is an Australian actress and voice actress, best known for her portrayals of Aeryn Sun in Farscape, Vala Mal Doran in Stargate SG-1 and Sharon "Shazza" Montgomery in the film Pitch Black. She has had prominent roles in video games, such as Chloe Frazer in Uncharted, Morrigan in Dragon Age, Admiral Daro'Xen and Matriarch Aethyta in Mass Effect and Samantha Byrne in Gears of War 3, Gears of War 4, and Gears of War 5. She also had a recurring role as Dahlia in The Originals and starred as Dr. Sabine Lommers in The CW's Containment. Black was born and raised in a Jewish family in Sydney, New South Wales, Australia. She studied at the Anglican Kambala School, in Sydney. She has lived in Australia, New Zealand, Spain, the United Kingdom, Canada and the United States. Her parents are Australian medical academics Jules and Judy Black. Since 2007, Black has been a prolific video game voice actress. She has gained particular attention for her work with BioWare's Dragon Age and Mass Effect series. Her son Odin Black voiced her Dragon Age character's son in Dragon Age: Inquisition. She also played Chloe Frazer in the Uncharted series. In 2014 she voices the vendor Tess Everis in the game Destiny and again in 2017 for Destiny 2 and she she had a voice-over role in Rick and Morty as Ma-Sha in the episode "Rasing Gazorpaso". In 2016, she appeared in Call of Duty: Infinite Warfare as Engineer Audrey "Mac" MaCallum and n 2008, she narrated the audiobook "Swallowing Darkness" by Laurell K. Hamilton. This page is based on a Wikipedia article written by contributors. Text is available under the CC BY-SA 4.0 license; additional terms may apply.