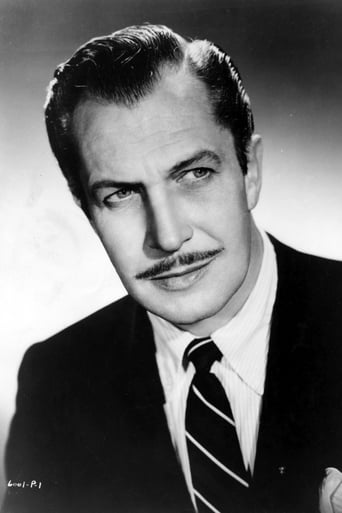 Vincent Leonard Price, Jr. (May 27, 1911 – October 25, 1993) was an American actor, well known for his distinctive voice and performances in horror films. His career spanned other genres, including film noir, drama, mystery, thriller, and comedy. He appeared on stage, television, radio, and in over one hundred films. He has two stars on the Hollywood Walk of Fame: one for motion pictures, and one for television. Price was an art collector and consultant, with a degree in art history. He lectured and wrote books on the subject. He was the founder of the Vincent Price Art Museum in California. He was also a noted gourmet cook. Description above from the Wikipedia article Vincent Price, licensed under CC-BY-SA, full list of contributors on Wikipedia.