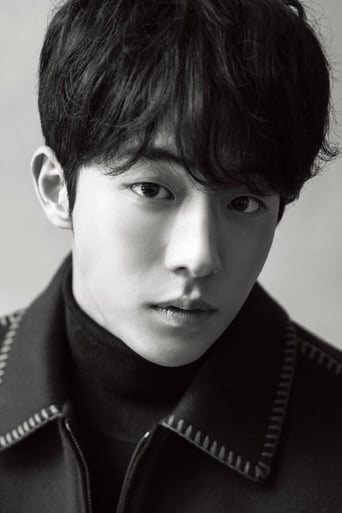 Nam Joo Hyuk is a South Korean model and actor under actors agency "Management SOOP". During his studies in Gyeongnam Middle School, Nam dreamed of becoming a professional basketball player, hence he played on the basketball team for three years, however after sustaining an injury and later undergoing an operation, his basketball days soon came to an end. He broke into the entertainment industry as a model when he worked the runway of the SONGZIO Homme Spring/Summer 2014 collection in 2013. In 2014, he appeared in the music videos "200%" and "Give Love" of fellow YG Entertainment artist "Akdong Musician". Soon after, he went on to make his acting debut in the 2014 television drama “Surplus Princess”. In November 2017, Penshoppe signed Nam as the new model of the clothing brand and he became one of its brand ambassadors. On April 17, 2019, it was officially announced that Nam was chosen as the brand ambassador of Dior Men in Asia. He played the main role in: "Who Are You: School 2015" (2015), "Weightlifting Fairy Kim Bok-joo" (2016), and"The Bride of Habaek "(2017). In 2018, Nam starred in the historical film "The Great Battle", which marks his big screen debut and made him receive acclaim for his performance, thus winning "Best New Actor" accolades at the prestige Blue Dragon Awards. In addition to that, he starred in "The Light in Your Eyes" (2019), "The School Nurse Files" (2020), "Start Up" (2020) and "Twenty Five Twenty One" (2022).