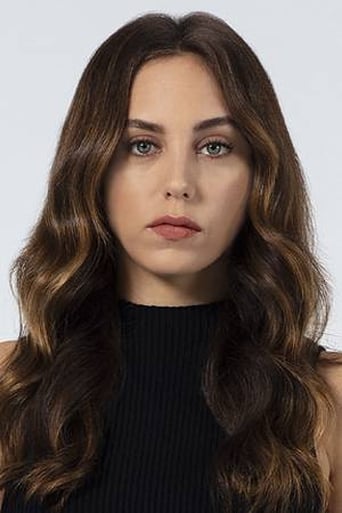 Öykü Karayel was born in Istanbul in 1990 with her single twin brother Ezgi. Cemberlitas Girls High School graduated. When she was in her final year of high school, she received a short training at the Kenter Theater academy and then in 2007 she entered the Theater Department of the University of Istanbul Conservatory. While at the Conservatory, she went to London to study theater with a five-month exchange program. While she was a conservator student, she started playing the role of Ayse in "Güzel Seyler Bizim Tarafta", written and directed by Berkun Oya in 2010 at the Theater Krek. Her first professional experience was "Ayse" in the play "Güzel Seyler Bizim Tarafta", 16th Sadri Alisik Cinema and Theater Awards, "Efes Special Award" and "Theater Critics Association Young Talent Award". Between the years 2011-2013, she played with "Kivanç Tatlitug, Bugra Gülsoy, Bade Isçil, Merve Bolugur, Mustafa Avkiran, Zerrin Tekindor, Hale Soygazi and Kaan Tasaner in the series "Kuzey Güney". Öykü Karayel is also a certified underwater diving expert. Öykü was starred in the Turkish show Muhtesem Yuzyil: Kosem.She also bagged a Turkish film in the year 2015 by the name Bulanti. This was a story based on the life of Ahmet who has to struggle the loss of his beloved wife and son. Öykü played a key role in the film that had Zeki Demirkubuz , Sebnem Hassanisoughi and Öykü in the lead roles. Öykü is fond of dancing and spending time with her family. She is also a travel enthusiast and is known among her co stars as a warm person.