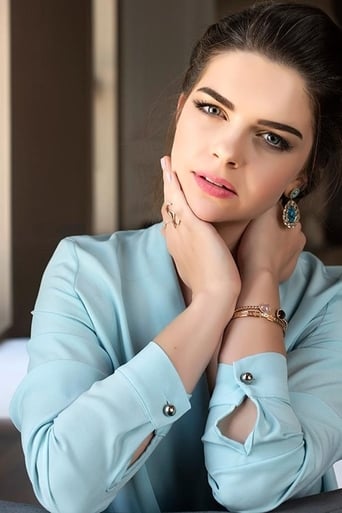 Vildan Pelin Karahan (born October 6, 1984 in Ankara, Turkey) is a Turkish actress. Pelin Karahan was born in Ankara, Turkey, to Bayram Ali Karahan and Nural Koçyiğit. Karahan attended Arı College Elementary School, and completed middle school partly at Ankara Gaziosmanpaşa Primary School, partly at Ödemiş Primary School. She graduated from the Lyceum of Sokollu Mehmet Paşa and then from the School of Tourism Enterprises at Anadolu University. At the start of her career, Karahan featured in Coca-Cola Light and Carrefour advertisements. She played the role of Aslı Zeybek in the teen drama television series, Kavak Yelleri, broadcast on Turkish TV channel Kanal D from 2007 to 2011. In 2012, she was signed up to appear in the popular TV series Muhteşem Yüzyıl ("Magnificent Century"), as Mihrimah Sultan which is about the life of Sultan Suleiman the Magnificent. She is host of "Bir Evde" animal programming and "Nefis Tarifler" cooking programming. Pelin was married to fitness instructor Erdinç Bekiroğlu from 2011 until 2013. On 24 June 2014, she married Bedri Güntay. She gave birth to their son, Ali Demir, in December 2014. A second son named Can Eyüp was born in March 2017. From Wikipedia, the free encyclopedia