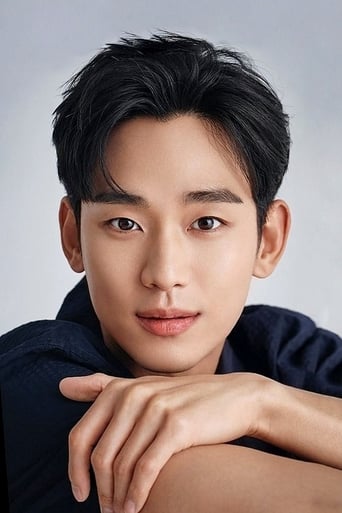 Kim Soo Hyun (Hangul: 김수현, born February 16, 1988) is one of the highest-paid actors in South Korea. His accolades include four Baeksang Arts Awards, two Grand Bell Awards and one Blue Dragon Film Award. From 2012 to 2016 and in 2021, he has appeared in Forbes Korea Power Celebrity 40 list. He was selected as Gallup Korea's Television Actor of the Year in 2014 and was featured by Forbes in their 30 Under 30 Asia list of 2016. Kim took acting classes during his school years on his mother's recommendation to overcome his introvert personality. Following a few theatrical works, he made his television debut in 2007 with the family sitcom Kimchi Cheese Smile. He went on to established himself with starring roles in the television dramas Dream High (2011), Moon Embracing the Sun (2012), as well as in the top-grossing films The Thieves (2012) and Secretly, Greatly (2013). His performance as King Lee Hwon in Moon Embracing the Sun won him the Baeksang Arts Award for Best Actor in the category of Television. He became a top Hallyu star as he gained further success with the fantasy rom-com My Love from the Star (2013), and the variety-drama The Producers (2015), which earned him three Daesangs (Grand Prize). After his movie Real (2017), he enlisted to complete his mandatory military service. On January 2020, Kim joined newly established entertainment agency Gold Medalist as one of the two senior actors under the organization alongisde Seo Yea-ji. He marked his successful return to acting with the romance drama It's Okay to Not Be Okay (2020) and is set to star in the thriller drama One Ordinary Day (2021).