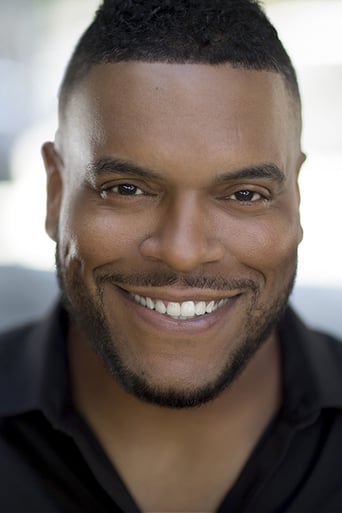 Sean Ringgold was born on November 3, 1977 and raised in Rockaway Beach, Queens, New York. Before becoming an actor, he spent many years working as a Body Guard for BET's 106 and Park. He is best known for playing Shaun Evans on the popular ABC Soap Opera, One Life to Live. His current projects include Orange Is The New Black, Billions, Shades of Blue, The Breaks, and Marvel's Luke Cage. In 2009, staring as Marion "Suge" Knight, he made his big screen debut in the Notorious B.I.G. Biopic, Notorious. He has also starred in such films as American Gangster, The Smurfs and Before I Disappear. Sean can be seen in several upcoming projects, including No More Mr. Nice Guy, Wetlands and Roxanne Roxanne. His television credits include Damages, Gotham, Gossip Girl, and Ugly Betty. Sean was featured in episodes of Law & Order: Special Victims Unit, and Criminal Intent. He has also had roles on the popular shows 30 Rock, Are We There Yet?, Taxi Brooklyn, The Carrie Diaries, NYC 22, Blue Bloods, and 106 & Park. Alongside his work in television and movies, Sean has also appeared in numerous national advertising campaigns and commercials for brands including Budweiser, Burger King, Dr. Scholl's, Dunkin Donuts, Delta Airlines, Kia, Fiat 500 by Gucci, Nexium, Nike, Tampax, Time Warner Cable and Spike TV.