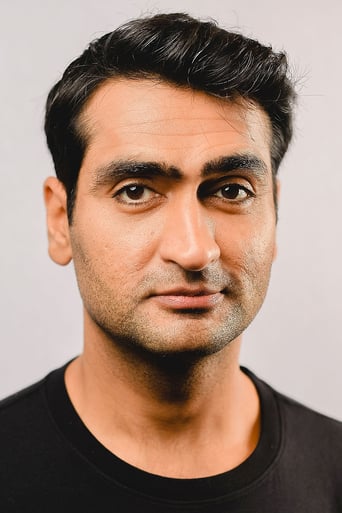 Kumail Ali Nanjiani (born May 2, 1978) is a Pakistani-American comedian, actor, and screenwriter. He is primarily known for his role as Dinesh in the HBO comedy series Silicon Valley (2014–2019) and for co-writing and starring in the romantic comedy film The Big Sick (2017). For co-writing the latter with his wife, Emily V. Gordon, he was nominated for the Academy Award for Best Original Screenplay. In 2018, Time magazine named him one of the 100 most influential people in the world. Nanjiani has also voiced Prismo on the animated series Adventure Time and starred in the TNT series Franklin & Bash and the Adult Swim series Newsreaders. He also co-hosted the Comedy Central show The Meltdown with Jonah and Kumail, as well as playing various roles on the comedy series Portlandia.