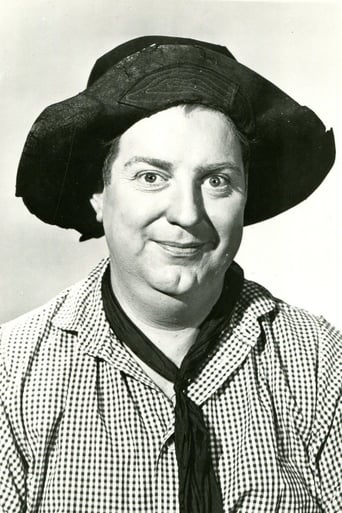 From Wikipedia, the free encyclopedia Lester Alvin Burnett (March 18, 1911 – February 16, 1967), better known as Smiley Burnette, was a popular American country music performer and a comedic actor in Western films and on radio and TV, playing sidekick to Gene Autry and other B-movie cowboys. He was also a prolific singer-songwriter who could play as many as 100 musical instruments, some simultaneously. His career, beginning in 1934, spanned four decades, including a regular role on CBS-TV's Petticoat Junction in the 1960s. Description above from the Wikipedia article Smiley Burnette, licensed under CC-BY-SA, full list of contributors on Wikipedia.