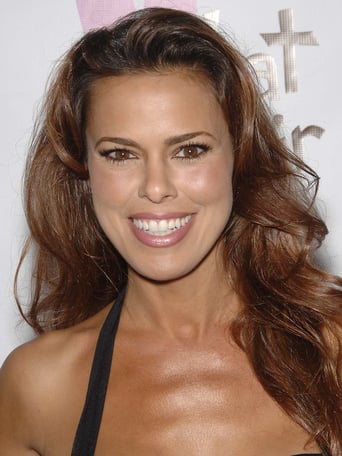 Rosa Blasi (born December 19, 1972) is an American actress. She is known for her roles as Luisa Delgado in the Lifetime medical drama series Strong Medicine (2000–2006), and as Barb Thunderman on the Nickelodeon series The Thundermans (2013–2018). Early life On Dec 19, 1972, Blasi was born in Chicago, Illinois.[1] Blasi's parents are Rocco and Joyce Blasi, of Italian, Irish and Hispanic origin.[2] Blasi is classically trained as a mezzo soprano.[3] She also comes from a strong theatre background; ranging from the esteemed Piven Performance Company, as well as The Second City, to starring in numerous musicals and touring with Kenny Rogers. Rosa Blasi has two sisters (Marina) and (Tasha), and two brothers (Michael) and (Rocky).[3] Career Blasi's television debut was a recurring role on the CBS soap opera, The Bold and the Beautiful.[3] Soon to follow was a starring role on the MTV/UPN sitcom Hitz. She soon found herself guest starring on numerous shows such as Frasier, Becker, Caroline in the City, V.I.P., Grown Ups, and Beverly Hills, 90210. She later starred in the dramatic Showtime film, Noriega: God's Favorite. The film was directed by Roger Spottiswoode and co-starred Bob Hoskins. In her breakout role, Blasi starred in the Lifetime drama series Strong Medicine from 2000 to 2006, starring as a doctor who runs a free health clinic. She made an appearance in "Shootout", a 2005 episode of CSI: Miami. Audiences saw Blasi in her first role in a major film as the wife of Bill Pullman's character in The Grudge. Blasi appeared during The Vagina Monologues at the Apollo Theater and has also been a recurring performer at the "What a Pair" benefit concert for breast cancer research and has recorded numerous radio and television voice-overs. She was a repeat guest on talk shows such as Politically Incorrect with Bill Maher and The Late Late Show with Craig Kilborn. She also played Ronnie Cruz on Make It or Break It.[4] She currently plays Barb Thunderman on Nickelodeon's The Thundermans, as well as a recurring character on General Hospital. She wrote a comedic memoir titled Jock Itch: Misadventures of a Retired Jersey Chaser (2011) published by HarperCollins. Personal life Blasi married New York Giants fullback Jim Finn on February 14, 2004. Blasi gave birth to her first child, a daughter Kaia Finn, on September 20, 2006. The couple divorced in 2008. On May 3, 2014, Blasi married Todd William Harris, a mortgage broker. They married 16 months after they first connected on Match.com. She has a stepdaughter Ryan (from Harris's previous relationship)