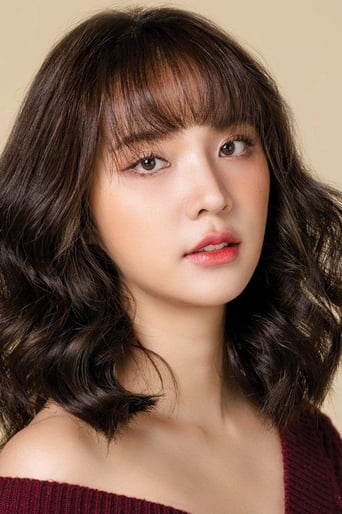 Ployshompoo Supasap, nicknamed Jan/Janhae, is a Thai actress. She studied high school from Bodindecha School and she finished a bachelor's degree in Department of Philosophy, Politics, and Economics from the College of Interdisciplinary Studies, Thammasat University. She started at entertainment industry taking part at modelling jobs, then she was one of two actors to star in a B-ing commercial in 2014, after winning the "B-ing search competition" that allowed Thai fans to be a co-star on their advertising commercial along Girls' Generation member Kim Tae-yeon. After this job, Janhae began working in various music videos. Since 2016, Jan is an actress under GMMTV. She is known for her roles in the series "Sotus" (2016), "YOUniverse" (2018), "Happy Birthday" (2018), "The Charming Step Mom" (2019), and "Who Are You" (2020). Janhae is also a member and leader of Thai girl pop group SIZZY (formerly known as SISSY), formed by GMMTV in 2019, along with Ramida Jiranorraphat (Jane), Sarunchana Apisamaimongkol (Aye), and Apichaya Saejung (Ciize). For her role in "Who Are You" (2020) Jan has been nominated as "Best Actress in a Supporting Role" in 25th "Asian Television Awards" which will be hold on 2021.