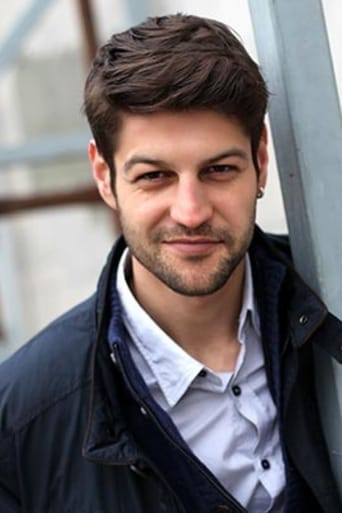 Serhat Teoman (born 4 June 1983) is a Turkish actor. Teoman is a graduate of Dokuz Eylül University School of Fine Arts with a degree in performing arts studies. He received his master's degree in theatre studies from Mimar Sinan University. He started his career on television in early 2000s. While continuing to appear on stage, he was cast in several TV series. In 2012, a breakthrough in his career came with his role in the popular series Kuzey Güney, in which he portrayed the character of Burak Çatalcalı. Teoman continued his career with a leading role in Acil Aşk Aranıyor as Dr. Sinan and then appeared in Kaçın Kurası series as Barış. In 2017, he was cast in a recurring role in the TV series Anne. During the years 2018-2019, Serhat Teoman played in the TV series Kızım with Buğra Gülsoy and Tugay Mercan. In 2020, he had a leading role in the TV series Çocuk. Aside from his career in television, he was a member of Tiyatro Kutu together with Buğra Gülsoy, Fatih Sönmez and Emre Erkan. After Tiyatro Kutu's dissolution, Teoman and Emre Erkan founded GET Production.