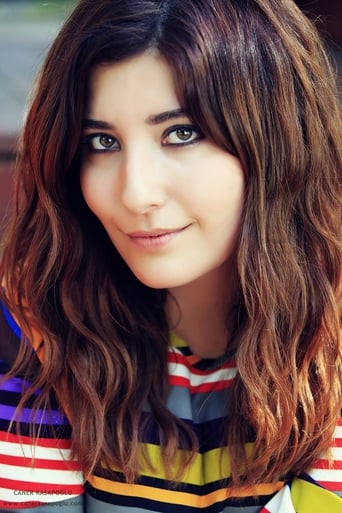 Şebnem Bozoklu (born 25 August 1979) is a Turkish actress. Her paternal family is from Isparta, while her maternal family is from Siirt and of Egyptian descent. Her family moved to Moda neighborhood in Istanbul and she spent most of her childhood in Kadıköy. She graduated from Kadıköy Girls High School in 1996 and finished her education at the School of Fine Arts of Dokuz Eylül University in 2000. She started taking acting classes at Müjdat Gezen Art Center and finished her studies in 2004. Between 2005–2006, she served as a director for the play Sanat Dansı ile Mondi' at Çisenti Theatre. Later, between 2006–2007 she worked as a presenter on TRT's program Hazır Mısınız?. During the same period, she worked on another TRT program called Elma Kurdu as a soloist and puppeteer. Bozoklu's breakthrough came with her role in Canım Ailem as Meliha, for which she received a Golden Butterfly Award as Best Comedy Actress in 2009. In 2010, she was awarded at Radio-Television Journalists Association Oscars as Best Actress.