The Boy Who Hunts Akuma 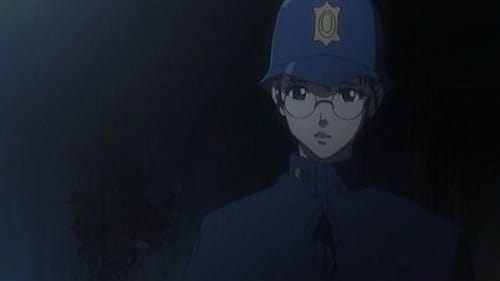 Allen Walker and his golem, Timcanpy have recently arrived in London, planning to visit the Black Order Headquarters. Meanwhile, Officers Moore and Charles are investigating a supposedly haunted church. While searching this abandoned building, Moore and Charles are separated due to Allen's "kidnapping" of Moore. After he is handcuffed to a chair, Allen tries to explain his situation to Moore when Charles is suddenly killed. Since Moore was unconscious due to the attack, Allen is suspected of Charles's death. Allen attempts to tell the chief that an akuma killed Charles and that he would like to help. However, due to the disbelief of the chief, Allen is placed under house arrest while the rest of the police unit investigate the church themselves. During his stay at Moore's home, Allen explains to Moore about what is akuma and later on, he meets Moore's brother-in-law, Mark who is the akuma that killed Charles and countless others who visited the church. Upon investigating, Allen finds out that Moore's sister, Crea is the soul entrapped in the akuma. The akuma later kills the police units excluding Moore and later, Allen destroys it by using his Anti-akuma weapon.