The Man From the South 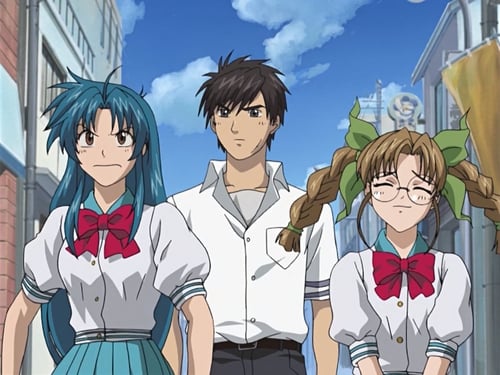 A secret admirer leaves a love letter in Sousuke's shoe locker. Instead of finding the letter, he deduces that his locker was tampered with and promptly blows it up. From its fragments, Sousuke misinterprets the letter as a death threat and confronts his "stalker". After Sousuke's encounter with a gang leaves its members disrespected, their leader decides to take Kaname hostage. Instead of giving in to their demands, Sousuke holds the gang leader's little brother hostage and proposes an exchange.