Now Is Not The End 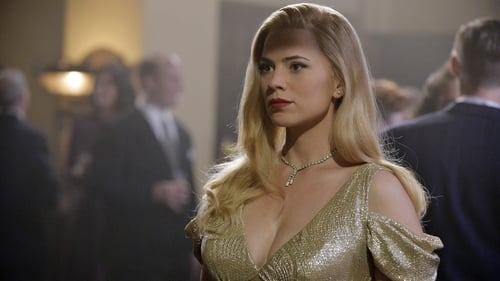 In 1946, Peggy Carter, mourning the apparent death of Steve Rogers, returns to work for the Strategic Scientific Reserve (SSR) in New York City following the end of World War II. The SSR investigates industrialist Howard Stark for apparently selling weapons to enemies of the United States. Stark secretly contacts Carter, and asks her to help him clear his name. Before he leaves the country, he tells her about his formula for molecular nitramene that is going to be sold at a club. Infiltrating the club in disguise, Carter learns that the formula has been weaponized. She shows one such nitramene bomb to Stark Industries scientist Anton Vanko, who deduces that it came from a Roxxon Oil refinery. Carter, along with Stark's butler Edwin Jarvis, investigates the refinery, and encounters Leet Brannis, who apparently works for an organization called Leviathan, and escapes with a truck full of the nitramene weapons.