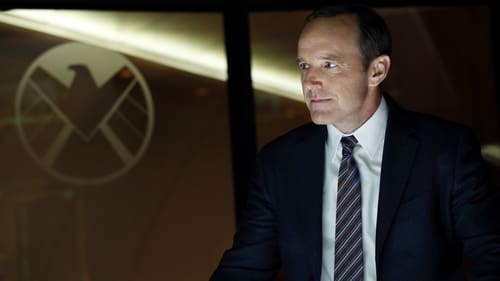 Following the Battle of New York, Agent Phil Coulson, having survived his apparent death before the battle, assembles a team of agents (Melinda May, Grant Ward, Leo Fitz, and Jemma Simmons) to investigate superhumans and other related phenomena, which are now public knowledge. Their first assignment involves Mike Peterson, who was supplied with an extremis-containing serum by Project Centipede. Skye, a member of the hactivist group the Rising Tide, who saw Peterson in action, warns him about S.H.I.E.L.D. and offers to help him, but he declines. While visiting the scene where Peterson rescued a woman from a burning building, the team learns that the fire was caused by another subject exploding due to the Extremis. Skye is kidnapped by Peterson, who is now on the run and makes her erase all his personal information. Coulson's team is able to track them down and subdue Peterson, taking him into S.H.I.E.L.D. custody. Viewing Skye as an asset, Coulson offers her a place on his team.