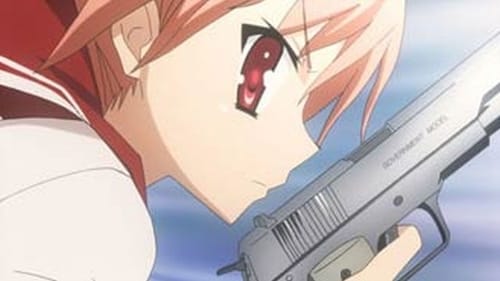 Kinji Tohyama is a student at Tokyo Butei High school, where special detectives known as Butei are trained to become mercenaries. Whilst riding his bike to school after missing the bus, Kinji is chased by a remoted controlled segway armed by an uzi, telling him that a bomb has been attached to his bike which will explode if he slows down, also threatening to shoot him if he jumps off. Kinji is saved a mysterious twintailed girl named Aria H Kanzaki. As the two end up pinned down in a gym storage locker as more segways appear, Aria fends them off, sticking her chest right in Kinji's face whilst doing so. The high blood pressure causes Kinji to enter his 'Hysteria Mode', where he manages to perfectly destroy the segways, as well as counter Aria's moves when she complains about him being a pervert. As Kinji finally arrives at school, he learns that Aria has become a transfer student in his class. Later that day, Aria comes to Kinji's house and declares him her slave.