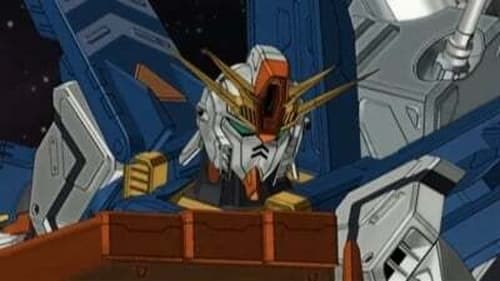 Judau is assigned to protect/escort the space transport ship Jupitris on his birthday. While on the recovery missions he encounters Neo Zeon forces pursuing an AMX-004-3 Quebeley MK.II. Seeing the Quebeley posing no threat, Judau decides to come to its aid, despite his ZZ-GR being designed for space operations and not battle. During the battle a "present" cargo rocket from Judau's sister Leina arrives, and is revealed to be an improved version of the original ZZ Gundam's B-Parts, allowing Judau to fight off the attackers and save the Quebeley's pilot. In the end, the pilot of the Qubeley is seen to be a Ple clone. The magazine Gundam Ace stated that she is one of the only two surviving Ple clones of the final battle in ZZ, the other being Ple 12.