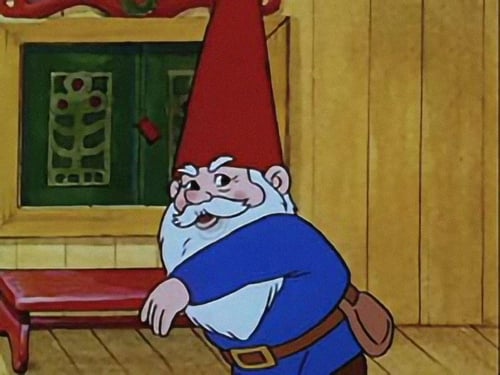 Lisa's sister, Julie, comes to visit, and she brings along a copy of a scalpel. Julie says the copy came from the Himalayas. David decides to journey there to find the original knife. When he is in the high mountains, he goes to see his human friend Pondent do Rey. Pondent is a wizard and with the help of his magic mirror, he tells David that the original knife is in the Temple of Meykong, an abandoned structure in India. David and Swift leave the Himalayas and go to the deep jungles of India. Once David enters the temple, he learns that not only was it built over an active volcano, it is guarded by Holler the troll and his army of spiders. Holler has the knife and verbally taunts David while the spiders chase after him. Eventually Holler throws the scalpel into a spider's web. David gets it, then sprays Holler and the spiders with sneezing powder. While Holler is sneezing uncontrollably, he hits a lever that makes the volcano erupt. David escapes while the Temple of Meykong falls in.