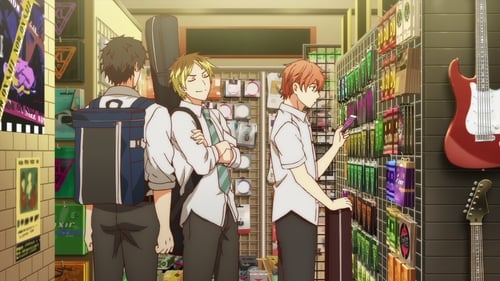 Ritsuka comes to the realization that he was so worked up at the concert that he kissed Mafuyu. Ritsuka hears that Mafuyu didn’t come to school because he had a fever, so he decides to go visit him. The next day, Mafuyu is feeling better and the band gets together to celebrate his recovery and to try to figure out their future as a band and figure out a name for their band.