The Platform of Sorrow 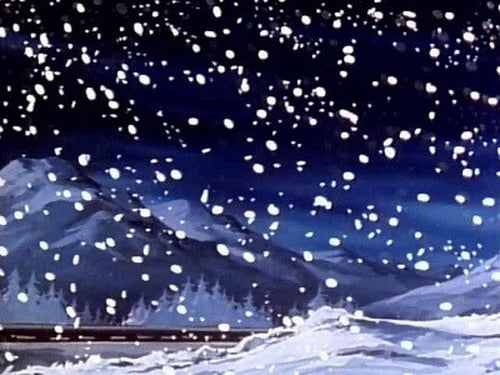 While Candy kept strong all the way to the train station, Candy's emotions soon unravel into despair over losing her dream about Terry once aboard the train. She seeks a lonely spot in the aisle and opens the train's backdoor in the direction of New York, exposing herself to the snowstorm. Before long, with the onset of a fever Candy passes out. When Candy wakes next, she has recovered from her near pneumonia under the care in the Ardley mansion. But something is not right and when Candy presses the others while Patricia cries in her lap, Candy learns that Alistear has enlisted and is already in France. That was why Alistear was at the station acting so awkward; why he made her the music box and sounded so final in his farewell. As if that were not enough, great-aunt Elroy blames Candy for all the misfortune that has befallen the Ardleys: the death of Anthony, the disappearance of grandfather William and now Alistear having gone to France.