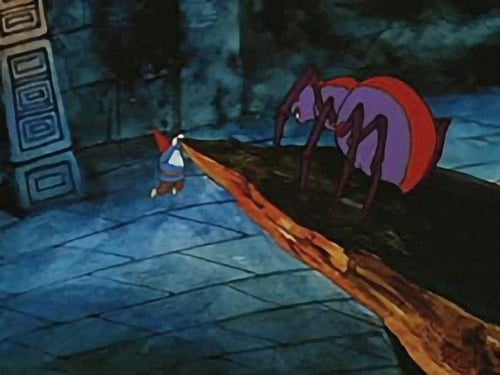 David's nephew Jonathan is coming to visit. Jonathan is a city gnome and his parents want him to be a doctor, but he doesn't want to. On the way to David's house, Jonathan meets a mischievous gnome named Martin, who asks the boy what's wrong. When Jonathan tells him, Martin starts telling a rumor that David is sick and Jonathan is taking his place. The word spreads fast, and soon the other gnomes show up at David's house, asking Lisa if David is sick. She tells them no. The gnomes all share stories about how David helped them in the past, and Jonathan decides he wants to be a doctor after all. Soon David returns home from letting a rabbit out of a trap. The gnomes are all celebrating when they hear a gunshot. They rush outside and learn that a little deer has been shot. While David goes to help the deer, the other gnomes try to scare off the hunter and his dog. Jonathan throws a rock at the dog, and the other gnomes trip the hunter with a rope.