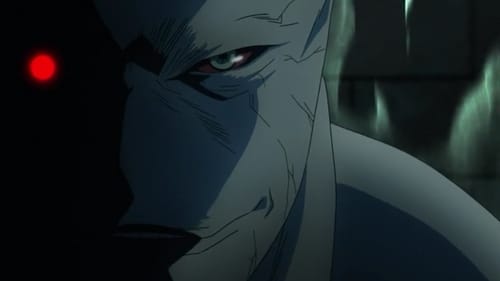 Link tries to stop the Cardinal when he attacks Allen, but is easily subdued. Allen attacks the Cardinal with his Innocence, but discovers that he is a non-human being as well as the person who fatally shot Cross Marian. Tyki, Road and the Third Exorcists arrive under orders from the Earl to save Allen. Tyki reveals the Cardinal is actually Apocryphos, a sentient Innocence existing solely to protect the Heart, which the Noah has been searching for 7000 years. Apocryphos reveals he will merge with Allen to save him from the 14th, and a fierce battle ensues between him and Tyki. Meanwhile, the Exorcists and scientists ask Rouvelier and Komui Lee to free Allen, but to no avail. As Apocryphos overwhelms Allen and the two Noah, Link frees Timcanpy and explodes a hole in the prison wall so that Allen could escape. The Pope revokes Allen's rights as an Exorcist and Komui commands all Exorcists to capture Allen. Lenalee refuses to believe Allen has betrayed them and chases after him.