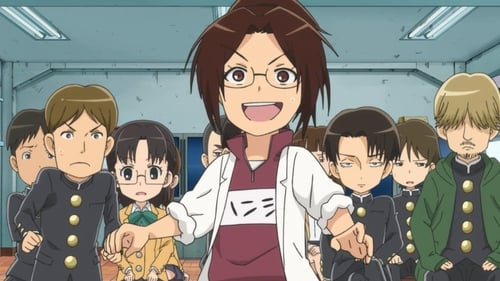 Eren and his classmates decide to run a cheeseburger stand for the school festival. However, upon opening, they find that they have stiff competition from Rico and her kamameshi stand, the winners of the previous year's snack stand contest. Meanwhile, Jean and Marco end up putting on a performance of Snow White almost single-handed due to the rest of the class working at the cheeseburger stand. As Rico prepares to unveil the giant pot of rice she has been cooking, Armin comes up with a strategy to lure away her customers; they will start offering double the amount of cheese for the same price. However, just as they begin to enact their plan, the Titans attack and carry off the stands, food and all.