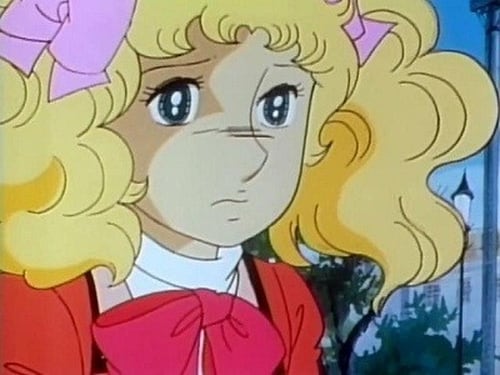 While Candy is still asleep, Albert steals away early in the morning, leaving behind a letter expressing his gratitude for everything she has done for him. Dr. Martin reveals Albert visited him early to say goodbye and left in a car with men in suits. Candy searches fruitlessly for Albert. Meanwhile Neil stands up to his scheming mother and Eliza and insists he loves Candy with all his heart and that the two of them will run away to be together. When Candy sees a church that reminds her of Pony's Home she enters to pray for Albert and discovers Patricia praying for Alistear in France. Patricia shares a letter from him with Candy, in which he describes the loss of his best friend at the front and his newfound enlightenment that war is a cruel thing. Candy remembers the music box Alistear made for her the last day she saw him and left for New York. To soothe Patricia's heart Candy gives it to Patricia.