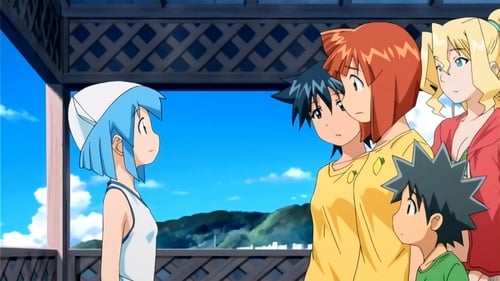 A beach volleyball tournament is held with a 3D television as top prize and Ika and Eiko decide to team up, managing to reach the finals against Gorō’s team. When Eiko twists her ankle during the match point, Chizuru takes her place and wins the competition. Later, Ika’s tentacles suddenly stop working, along with her other squid abilities, and the others try various methods to bring them back with no avail. Although the others suggest it would be alright if Ika returns to the sea, everyone becomes lonely when Ika doesn’t immediately return. Ika later returns with her tentacles cut off, residing herself to being a normal girl, though Takeru makes it clear this isn’t what makes her happy. As Ika laments on the beach, she meets a girl named Kozue Tanabe, who assures her not all humans are bad and that she is not alone.