A Dire Day At Dredfulland 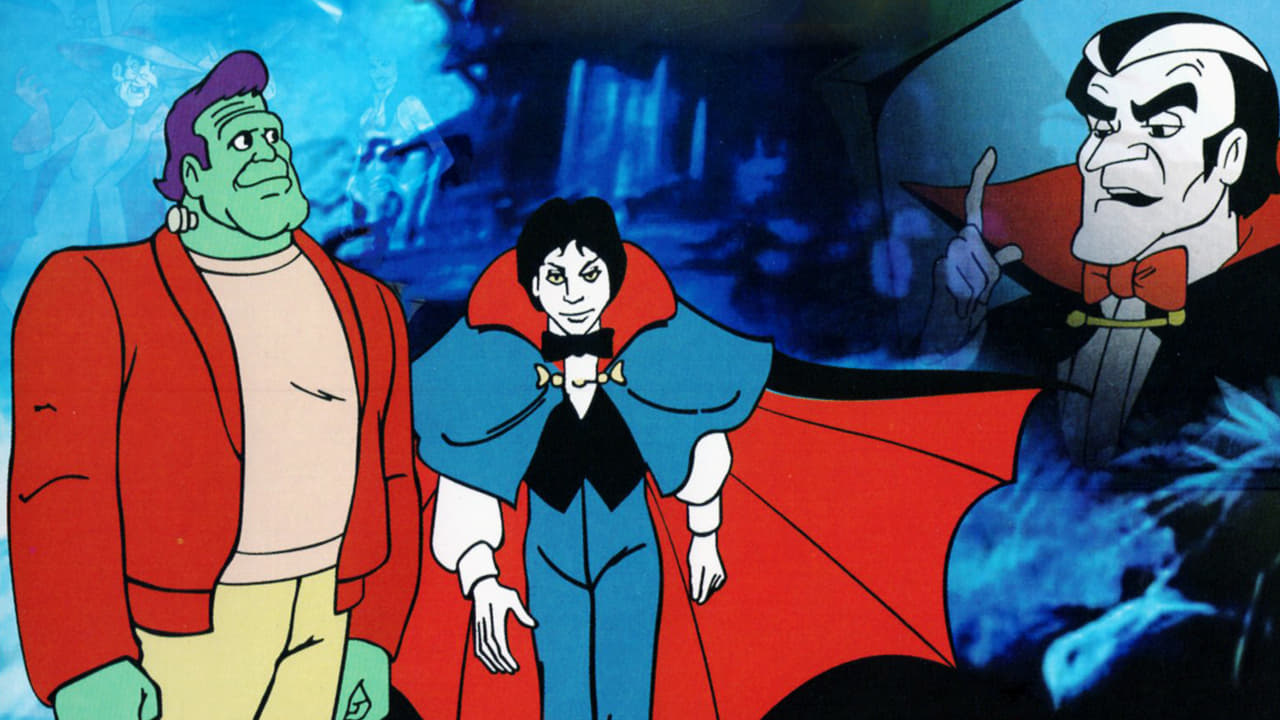 It's Dr. Dred's birthday and he's upset. It seems that the "birthday cake" that Toad baked was a bit too small: A cupcake! Dred is determined to celebrate his birthday in high-style, letting everyone know that it's his birthday. Feeling guilty about the cupcake, Toad, with the help of Vampira, runs off to get Dr. Dred the perfect present: The Drak Pack. The boys, meanwhile, are about to have supper. Drak is cooking, but cooks up an explosive! They hear Dred singing the "Happy Birthday" song, somewhat off-key. Big D sends they boys to stop Dr. Dred. Dred uses a fly-paper banner to announce his birthday, in which Drak, Frankie, and Howler get stuck. They are thrown off by Toad and Vampira, who fly into the banner. Next, Dred uses clouds to sky-write, "Happy Birthday Dr. Dred" in the air, blocking the sun. Toad can't see where they are going, so he uses his helicopter to slice through the sign. Next, as night falls, Dred has created a birthday sign out of huge, neon letters. The boys pulled the plug on that plan. But Dred has one more plan. He lures the Drak Pack back to their own house and traps them inside. He plants a ring of missiles around the house. Toad and Vampira arrive, and, thinking that the missiles are something that Drak invented, they steal them. They hear noises from inside and think that they had set off an alarm. They find the box that holds the Drak Pack and unknowingly frees them. The guys follow them to O.G.R.E. Island where Toad traps them in a huge, cement cake. Toad and Vampira plant the missiles around the O.G.R.E. headquaters and tie a big, pink ribbon around them. The Drak Pack escape their stone prison, and attack, but Dr. Dred lets them go, refusing to fight on his birthday. When the boys are back home, Dred presses the button that actives the missiles. He is last seen orbiting the Earth. How he gets back down is anybody's guess.