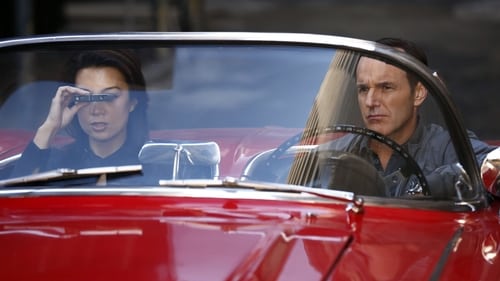 While at a S.H.I.E.L.D. Academy Ward, Fitz, Simmons, and Skye investigate an attack upon Seth, a popular cadet, with an "ice machine" that can freeze people and their surroundings. Another ice machine soon freezes cadet Donnie Gill, though the agents are able to save him. While the rest of the team interrogates the other cadets, Fitz befriends Donnie, seeing much of himself in him, and helps him solve a problem with a new power source. Meanwhile, Coulson and May go to Mexico City to find a former agent named Richard Lumley, who tells them of a mission 21 years earlier involving Skye, an 0-8-4 with apparent superhuman abilities. The team deduces that the cadets are building a bigger ice machine for Quinn, and with the better power source, Seth and Donnie give Quinn a demonstration, creating a massive ice storm. Though the team apprehends Donnie, Seth is killed by the storm, and Donnie gains apparent cryokinetic abilities.