The Taking of PC-7 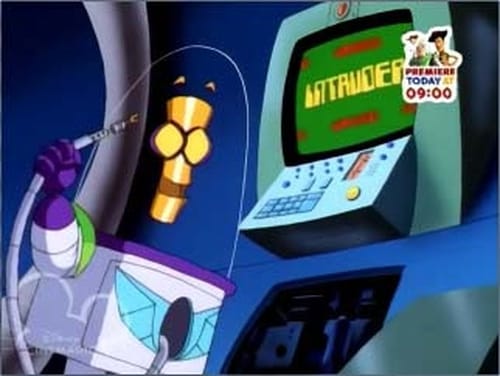 Torque is taken to Penal Colony Seven by Booster and XR; he escapes from them and wrests control of the prison (with the aid of his many ""clones""). At the same time, the President of the Galactic Alliance is being given a tour of PC-7 and being shown its high-tech security system. The security system proves to have some ""bugs"" when it determines that all non-secure persons in PC-7 MUST be escaped prisoners, thus it attempts to capture and subdue not only Torque (and his ""clones""), but also the Galactic President, Booster, and XR. From orbit outside PC-7, Mira and Buzz attempt to help out, but the system interprets their actions as aid for the supposed ""prison break"" going on inside.