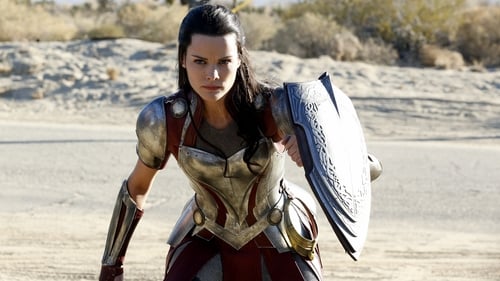 The Asgardian Lorelei enslaves a biker gang and begins to form an army, while the team is summoned to investigate an energy reading from the Bifrost, encountering Sif, who is seeking Lorelei. She explains that Lorelei escaped imprisonment during the attack of the Dark Elves and to neutralize her power of controlling the minds of men, Sif must fit a special collar around her neck that prevents her from speaking. They fight Lorelei and her men, but Lorelei enchants Ward and they commandeer the Bus. Lorelei tells May that Ward loves someone else. Sif confronts Lorelei while May fights Ward and fixes the collar to her neck, undoing her enchantment. Sif returns Lorelei to Asgard, and May ends her relationship with Ward. Coulson tells Skye the origin of the drug used to revive them, and despite how disturbed Coulson is by this fact, Skye remains optimistic. He orders Skye to keep the origin of the drug a secret until Fury gives them the truth.