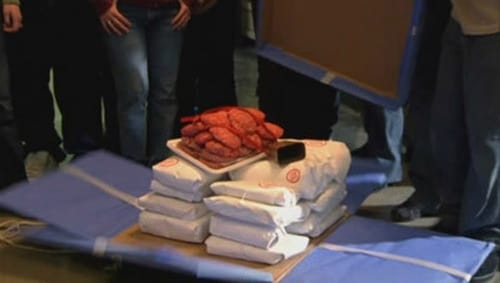 Following an emotional reunion with her mother, Veronica is hired to track down Neptune High's beloved mascot, Polly the Parrot, which was apparently kidnapped by a rival school on the eve of a big basketball game. Meanwhile, with her suspicions about the Kane family rekindled, Veronica attempts to gain access to her father's original interrogation tapes. Later, Veronica's relationship with Deputy Leo heats up, as does Meg's relationship with Duncan.