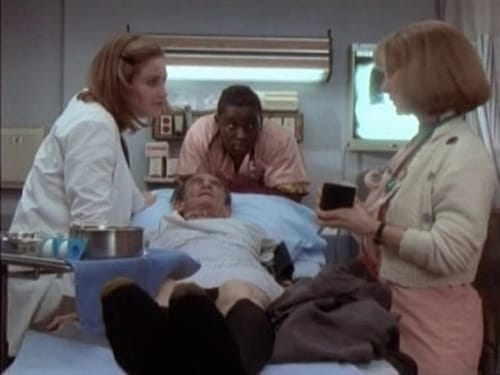 Peter refuses to sleep, despite Hicks' order, in the middle of a 48-hour shift. His lack of sleep catches up with him when he is supposed to be watching his mother. A doctor, who turns out to be a con artist, visits the ER to use it as a model for a new hospital, in the process offering Susan a job. Jenn tells Mark she wants to separate from him. Dr. Ross treats an abused young girl. Carol receives bad news about her attempt to adopt Tatiana. Morganstern informs Mark he's leaving for Boston and will be strongly recommending Mark to his replacement, leaving a surprised Mark uncertain as to his job prospects.