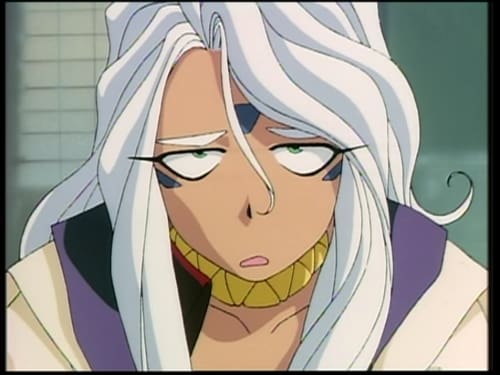 Five months have passed since Keiichi and Belldandy began living together, but their relationship has not progressed. As summer vacation approaches, Keiichi (with prompting from Megumi) decides to take Belldandy to the ocean. While Belldandy and Megumi are shopping, Keiichi decides to watch a film that has mysteriously arrived in the mail. To Keiichi's surprise, Urd, Belldandy's elder sister, steps out of the television. They arrive at the beach and Urd reveals to Keiichi that she has secretly tagged along to help bring the couple together. However, Keiichi almost drowns after a boating accident and Urd's love potion causes Keiichi to fall in love with Sayoko Mishima by mistake. Urd's presence is revealed when Belldandy recognizes Urd's hand in the events, and a kiss from Belldandy brings Keiichi back to his senses. Urd's trip to Earth has caused problems in heaven. As punishment, she is forced to remain on Earth. She moves in with Keiichi and Belldandy.