The City of Regulations is Moistened by Tears... (Part 2) 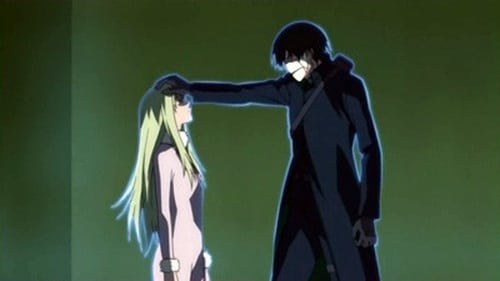 Mao is taken by Amber to the headquarters of the EPR. While there, Amber calls a meeting for all of the EPR's contractors, including Mao, and the Doctor. She reveals that there was a plan to destroy the South American gate, which would have led to the eventual disappearance of all world-wide contractors. The Doctor notes that the plan was interrupted by a mysterious blue light. November 11 meets the head of East Asian MI6 operations, who is revealed to be a member of the Syndicate, and they kill each other. Hei attacks the EPR to rescue Mao. Hei uses his powers on Amber while Amber activates her meteor shard, resulting in the illumination of the whole building in a blue light.